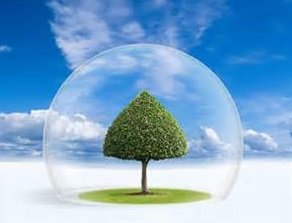 WHAT IS AN AIR PURIFIER?

​An air purifier is a device which removes contaminants from the air in a room. These devices are  extremely  beneficial  for  allergy  sufferers,  asthmatics and at reducing or eliminating second-hand tobacco smoke.  They are also extremely useful for reducing pollutants from a room if you live in a highly polluted environment, for instance New Delhi, Patna or Gwalior; which are among the most air polluted cities in the world. They also help eliminate virus and bacteria from a room which prevents the spread of disease.

WHAT ARE THE USES AND BENEFITS OF AN AIR PURIFIER?

​Dust, pollen, pet dander, mold spores, and dust mite feces can act as allergens, triggering allergies in sensitive people. Smoke particles and volatile organic compounds (VOCs) can pose a risk to health.  With the advancement in air purification technology, air purifiers are becoming increasingly capable of capturing a greater number of bacterial, virus, and DNA damaging particulates. Air purifiers are used to reduce the concentration of these airborne contaminants and can be useful and wholesome for people who suffer from allergies and asthma.

Volatile Organic Compounds
Volatile organic compounds, or VOCs, are gases or vapors that are emitted by many everyday household items. They may be emitted by things like new carpeting, paints, adhesives, varnishes, glues, and disinfectants. To determine whether a household product contains VOCs, look for ingredients like formaldehyde, toluene, chloride, ethylene, and benzene. Some air purifiers are designed to filter VOCs from the air, but others aren't capable of doing so.
​
​Odors and Gases
Some air cleaners can largely eliminate odors and gases from the air in a home. They do so with activated carbon filters. These filters use a process called adsorption to force these gases and odors to become attached using a chemical reaction. Common gases and odors include aerosols, tobacco smokes, cooking odors, indoor pesticides, kitty litter, and toxins.

Airborne Particles
Most people buy air purifiers and air cleaners to eliminate airborne particles from their homes. Airborne particles include things like dust mites, pet dander, pollen, mold, plant spores, and fungi. These types of particles exacerbate conditions like asthma and allergies, so it is smart to eliminate them from the air inside a home. HEPA filters are considered to be the most effective in eliminating these particles, which can vary in size considerably but are all microscopic.

WHAT ARE THE WAYS IN WHICH AN AIR PURIFIER CAN CLEAN THE AIR?

​Several different processes of varying effectiveness can be used to purify air. The most important components of an air purifier are its air filters. Most air purifiers and air cleaners contain at least one air filter. Some use multiple air filters working together to produce the best results. The easiest way to find the right air purifier for you is by looking for air purifiers that have specific types of filters. The main characteristics of today's most popular air filters are given below:

Molecular Sieve Filter
A molecular sieve is a material with very small holes of precise and uniform size. These holes are small enough to block large molecules, while allowing small molecules to pass. Molecular sieves are used as adsorbent for gases and liquids. Molecules small enough to pass through the pores are adsorbed while larger molecules are not. In an air filter a molecular sieve is most often used in conjunction with an activated carbon filter. This increases the life of the activated carbon filter.

Ozone Generators
Although they aren't technically filters, ozone generators are designed to do the same thing: remove impurities from the air. However, instead of filtering them out, they just make them cling to surfaces around a room. These generators fuse together the oxygen atoms in the room and release ozone as a byproduct. This can be problematic because this reduces the oxygen supply in the room and also ozone is considered to be a lung irritant.

Charged Media Filters
The description of these filters is almost identical to those of electrostatic precipitators. The only difference is that these filters actually use filters. They don't use plates. As a result, it is necessary to change the filter from time to time.

Elementary/ Pre-Filters
If large particles are allowed to make contact with sensitive filters, air purifiers and air cleaners won't work as effectively or as  efficiently. That is why it is extremely important to have a  pre-filter as well. A pre-filter's job is to pull larger particles from the air to keep them from being passed along to HEPA filters and other types of filters.  In most cases, they can be cleaned again and again.

Antibacterial and Germicidal Filters
The only way to eliminate a huge percentage of germs and bacteria from the air is by purchasing an air purifier that includes antibacterial or germicidal filters. This also ensures that no bacteria or virus is breeding within the filters of the air purifier.

HEPA Filters
To successfully pull at least 99.97 percent of particles from the air, it's crucial to buy an air purifier that uses HEPA filters. High-efficiency particulate air filters, were originally designed to remove radioactive dust particles from the air. However, all HEPA filters are not created equal. The higher the surface area of the filter is, the more effective a HEPA filter is. Look at the square footage of the filter before buying an air purifier that uses HEPA technology.

Ultraviolet Germicidal Irradiation Filter
UVGI can be used to sterilize air that passes UV lamps via forced air. Key to  this form of sterilization is the placement of the UV lamps and a good  filtration system to remove the dead micro-organisms.

Photo catalytic oxidation systems are able to completely oxidize and degrade organic contaminants. For example, Volatile Organic Compounds. PCO uses short-wave ultraviolet light to energize the catalyst and oxidize bacteria and viruses. However the photo catalytic process produces ozone as a by-product, so air purifiers that use this technology  may not be suitable for people with respiratory conditions.

Are a type of photo catalytic filter which uses nano particles of TiO2 along with calcium carbonate which are used to neutralize any acidic gasses that may be adsorbed, and in addition photo catalysis initiates the decomposition of  airborne contaminants at the surface which helps remove TVOC's

Negative Ionizer Filters
A negative ion generator uses charged electrical surfaces or needles to generate electrically charged ions. These ions attach to airborne particles which are then electrostatically attracted to each other, become larger in size, and fall to the ground. Negative ions have the added advantage of making human beings feel fresh and energized. Plants and trees also produce negative ions. There are two major subdivisions: the fanless ionizer and fan-based ionizer. Fan-less ionizers are noiseless and use little power, but are less efficient at air purification. Fan-based ionizers clean and distribute air much faster.